Silverblue Tours is experienced in operating battlefield tours in the two regions and we understand that the raison d’être of the trip is only partly to learn ‘the facts’. Even more important is that the reality of life in the trenches comes alive. This is achieved through perfect planning and handpicked guides.

“Wipers” was more or less razed to the ground during the war but has been reconstructed beautifully. A “must” is attending the Last Post ceremony at the Menin Gate that has taken place nightly at 8pm every single day since WW1 with the exception of the period of German occupation during WW2.

We liaise with the tour leader regarding the itinerary but normally recommend the following:

Tyne Cot cemetery, which is the largest Commonwealth war cemetery in the world in terms of burials.

Hill 62 (aka Sanctuary Wood) Trench Museum in Zillebeke. Here original British trenches have been preserved as they were found after the war. In the 1980s a tunnel was discovered. The museum collection contains equipment removed from the battlefield in the vicinity and many photographs, as well as a rare collection of three dimensional photo images in viewing boxes.

the German cemetery (Soldatenfriedhof) at Langemarck, which contains some 44,292 burials (concentrated from other burial sites). Even from a distance you can sense that the atmosphere at this cemetery is quite different to that at the Allied cemeteries: it is dominated by large, heavy, shady oak trees and is walled as opposed to lightly fenced.

Entrance is along a tunnel of sorts which features several monitors depicting the burying of the verlorene Kameraden amongst other themes. The chiming of the church bell in one of them evokes a horror film… arriving at the entrance, you see a long, low, dark red granite building.

The cemetery is darkened by the towering trees…at the rear is a bronze sculpture of four mourning figures by Prof Emil Krieger. It is a powerful and haunting work of art. The figures have next to no features and the silhouette effect is heightened by the fact that one is looking at them with the sky behind them.

Essex Farm cemetery & First Aid Dressing Station is probably the most visited and most famous site in the Ypres Salient. It was named after a small cottage that stood beside the Boesinge road at the entrance to the canal access track.
In the grounds of Essex Farm Cemetery are concrete dugouts that were used between 1915 and 1917 as a dressing station.

There is also a cemetery on site, including the poignant tombstone:

In Flanders Field is the name of the wonderful museum in Ieper which has all kinds of captivating effects and an excellent bookshop!

Brussels
Not to be outdone by the history and importance of the Somme, Brussels is a great city with lots to see and do. You can visit a chocolate factory, visit a traditional brewery and see how they make geuze and lambic, find out about lace making and visit the Atomium.

Bruges
A beautiful city on a network of canals with a lovely town square and lots of parklands. You can take a horse and carriage ride through the cobbled centre or hire a bicycle and explore that way. Don’t miss the Chocolate Story or the Historium. 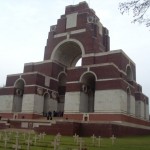 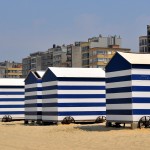 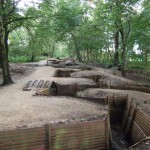