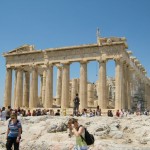 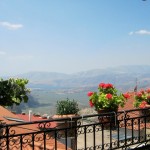 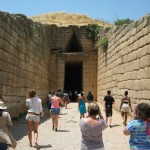 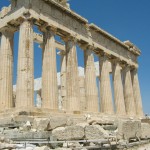 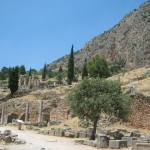 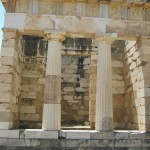 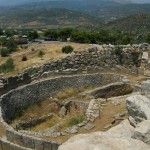 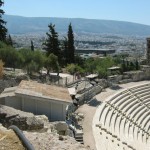 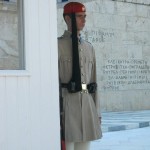 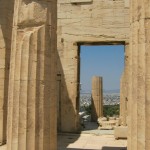 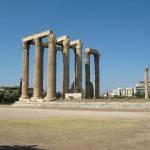 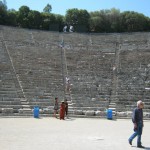 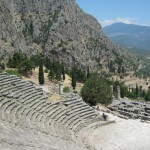 Greece is a country of blues and whites – the sea, the houses, the sly and the flag of course. The tour possibilities in Greece range from history tours and culture/Greek civilisation tours to football or hockey tours.

Ancient Greece reached its zenith in the fifth century BC when Athens became the cultural and artistic centre of the Mediterranean, producing magnificent works of architecture, sculpture, drama and literature.

There is no denying that the historical and cultural heritage of Greece continues to resonate throughout the modern Western world – in its literature, art, philosophy and politics. In fact, many travellers come here specifically to explore Greece’s ancient wonders, from Athens’ Parthenon and Delphi’s Temple of Apollo, to the ruins of the Minóan city of Knossós on Crete.

Scattered throughout the calm blue waters of the Aegean and the Ionian are Greece’s 1,400 islands – each with its own special story. The serenity of islands like Kefalonia and Amorgos contrasts with the hedonistic party islands such as Mykonos and Páros. Those interested in architecture should visit the medieval fortified towns of Rhodes and Corfu (both UNESCO World Heritage sites), and the whitewashed cubic houses of Thira and Oia on Santorini, typical of the Cyclades.

Sports enthusiasts will relish the Greek islands for their endless opportunities for scuba diving and sailing (there’s no better way to explore the islands than aboard a chartered yacht), while keen hikers and mountain bikers can test their stamina in the rugged mountains of the country’s largest island, Crete. And let’s not forget, Greece’s previous glory in sports was restored when the Olympic Games returned home in 2004.

Athens, where the National hockey team train at the Olympic pitches in Glyfada is one of our favourite places for a hockey tour. There are some great hotel options along the coast here which are not too expensive and the weather in the winter season is normally mild and sunny. You can take the tram along the coast to and from the hockey grounds and also all the way into the centre of Athens.

For football tours there is more choice of destination and we could take you to Thessaloniki or one of the larger islands to play.

• Explore Athens. Begin with the Acropolis rock, home to the fifth-century BC Parthenon, then stroll down to the Ancient Agora, once Athens’ civic, political and commercial centre. Don’t miss the world-class National Archaeological Museum, packed with ancient marble statues, jewellery and ceramics.

• Discover Delphi, believed by the ancients to be the centre of the world. This fascinating pagan religious complex, set on a stunning hillside site, comprises classical temples, a theatre and a stadium. Numerous finds are displayed in the excellent Delphi Archaeological Museum.

• Admire the former city-state of ancient Corinth, once renowned for wealth, elegance and immorality. Explore its temples and theatre, then check out the adjoining museum. Also see nearby Acrocorinth, a vast hilltop fortress combining Byzantine, Turkish and Venetian elements.

• Visit the treasure trove that is Mycenae. This hilltop citadel, surrounded by Cyclopean Walls, was the powerful Mycenaeans’ capital. Golden treasure, including the ‘Mask of Agamemnon’, was found here.

• Run the race track in Olympia, birthplace of the Olympics, which were staged here between the eighth and fourth centuries BC. Explore the site then see the Archaeological Museum and the nearby Museum of the Olympic Games.

• Discover the unforgettable landscape of the Meteora, with six medieval monasteries built upon bizarre, rocky pinnacles. The monasteries, which once totalled 24, were originally reached using pulley systems, but are now accessible via steps carved into the rocks.

• Explore the extensive ruins of Knossos, a 3,000-year-old frescoed Minoan Palace, home to Europe’s earliest civilisation. Finds from the site are displayed in the Archaeological Museum in the nearby Venetian-style port town of Iralkio, on Crete.

• Visit Santorini’s whitewashed towns of Ia and Thira, built on a cliff overlooking the caldera, a circular depression in the sea created when a volcanic eruption blew the centre out of the island around 1600 BC. Expect stunning sunsets, black sand beaches, boutique hotels and gourmet cuisine.

• Invade Rhodes Town. The compact Old Town lies within an imposing 14th-century stronghold built by the Knights of St John during the Crusades. Visit the gothic Palace of the Grand Masters, plus several mosques and a 16th-century hammam (Turkish baths) added by the Ottomans.

Top Things To Do

• Do not miss the Hellenic Festival (website: www.greekfestival.gr), Jun-Sep, which sees music, dance and theatre performances held in the second-century AD Odeion of Herodes in Athens, as well as classical Greek dramas in the fourth-century BC amphitheatre in Epidaurus.

• Find a beach for every mood. The best include Lalaria, a pristine white pebble beach on Skiathos, and Plaka, a long stretch of unspoilt sand on Naxos.

• Sail Greece’s myriad islands. Depending on experience, visitors can go bareboat (chartering just the boat), flotilla (as part of a group of yachts lead by an expert) or skippered. Several tour operators and independent companies offer all-inclusive sailing holidays in Greece.

• Go windsurfing. The best places for it are Vassiliki on Lefkada, Kefalos on Kos, Kokkari on Samos, Ialisos on Rhodes, Chrisi Akti (Golden Beach) on Paros, and Agios Georgios and Mikri Vigla on Naxos. Board hire and lessons are available.

• Get wet. The shallow, fast-flowing rivers of mainland Greece offer excellent facilities for water-based adventure sports such as rafting, kayaking and canoeing. Sea-kayaking is also becoming increasingly popular on the islands.

• Go deep. To guard against the pilfering of underwater antiquities, scuba-diving is prohibited in areas known to host ancient artifacts. However, you will find dive centers offering instruction and rental equipment on the Attica coast, Corfu, Kalamata, Kalymnos, Mykonos, Paros, Preveza, Rhodes, Skiathos and Zakynthos.

• Go underground. Greece is home to some 6,000 karst caves, the majority in Crete. Over 20 show caves are open for guided tours, the largest and most impressive being Perama, which is filled with stalagmites and stalactites.

• Get tipsy. Several of the top vineyards open their cellars to the public for wine-tasting sessions, and also offer wine for direct purchase. Call one day ahead to book.

• Luxuriate. Greece is gifted with numerous springs giving forth thermal and/or mineral waters. Various spas and hydrotherapy centres have developed throughout the country, some of which offer sophisticated wellness centres for pampering.

• Get twitching. There are 11 wetlands of international importance in Greece, and over 190 ‘important bird areas’. The most impressive include the Nestos Delta in Thrace and the Prespa Lakes in Macedonia. Expect to see herons, storks, pelicans and eagles.