Barcelona
Spain’s second city – but don’t tell the inhabitants that. To them Barcelona is the most fabulous city on earth. And they may just be right. Barcelona is one of the few great European cities by the sea. While Madrid withers in the summer sun, Barcelona chills out on its beach.
Las Ramblas, runs all the way from the quayside through the heart of the city and it is here that you should start your tour of one of Europe’s most exciting cities.
Gaudí’s work litters the city, but his greatest monument is the Sagrada Familia – an unfinished cathedral that looks like something between a vast Gothic church and a space ship from a sci-fi movie. Other Gaudí highlights include La Pedrera & Parc Guell
Sports fans won’t want to miss the Olympic area or the museum at the Nou Camp, FC Barcelona’s famous stadium, where the hundreds of trophies the illustrious club has won are on display.
A good day out is to Tibidabo amusement park sitting high up on the hillside overlooking Barcelona and the coast and if you run out of steam just head to the beach!

Madrid
With stunning palaces and parks Madrid is a proud capital city with an array of excursions. Top 5 highlights of Madrid for us are:
1. The Royal Palace
2. The Prado
3. Buen Retiro Park
4. Excursion to Avila, Segovia & Toledo
5. Valley of the Fallen and El Escorial

Malaga
Another coastal resort with an historic old town, Malaga can be combined with a trip to Gibraltar. If you prefer something more lively then you could stay in Torremolinos. With 5 or 6 flights per day and lots of airline options, Malaga is a great place for a shorter tour.
From here you also have access to the whole of Andalucia:
Ronda with its amazing bridges
Los Peublos blancos (all the pretty white villages)
El Chorro gorge
Cordoba with the famous Mezquita
Beautiful Seville with the famous Giralda Tower, the Cathedral and the Alcazar with lovely gardens
Granada with the Alhambra Palace 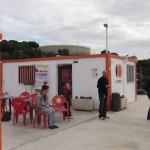 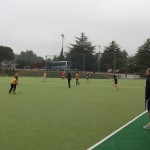 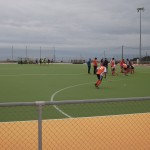 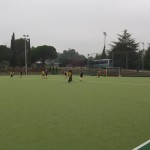 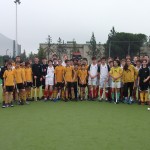